Posted in Miscellaneous | Back to Main Blog Page

A client bought a new home and the mortgage broker wanted to send flowers for the occasion.

They arrived at the home and the owner opened the card; it said 'Rest in Peace'.

The owner was angry and called the florist to complain.

After he told the florist of the obvious mistake and described how angry he was, the florist said, 'Sir, I'm really sorry for the mistake, but rather than getting angry you should imagine this:  Somewhere there is a funeral taking place today, and they have flowers and a note saying 'Congratulations on your new home' 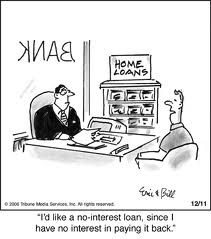 Back to Main Blog Page